Enter your details to receive updates from Glowstars.net

Tell me where to send you updates

Hey there! It’s been a while, hasn’t it?

You might have noticed that my blogging ground to a halt somewhere around 2017 when I finally had to admit that I could no longer paint nails the way I used to – my eyesight was just not that hot! Unfortunately, it was a CFS thing and not a glasses thing, so the only thing for it was to stop pushing my eyes so much. I managed to throw up a few crochet pieces but let’s be honest, a shawl is not as quick to make as a mani is to paint.

I had huge issues with my host (ahem…. my ex…) which resulted in the irretrievable loss of my blog and more devastatingly, 14 years of content. The backups that I thought were saving automatically, weren’t.

I still have all the original images so I could rebuild some of what was lost but I’ve decided not to. My time is better spent looking towards what’s ahead than looking back at what once was.

And so here we are.

I’ve redesigned to a look that’s much more the new me and I’ve got a shiny second blog over at VicPires.com which is equally me but in a totally different way. I have plans and hopes and dreams, all of which I’m going to share here as time goes on.

Connect With Me on Social Media

Learn more about me

Get Your Own Blog 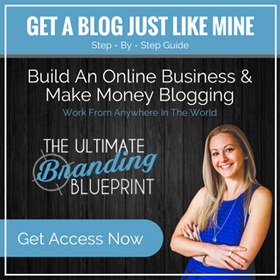